The city of Aberdeen, Scotland, will host a series of events on March 15-17 focused on hydrogen buses. These are organised by the FCH JU projects NewBusFuel, HyTransit and High V.LO City. END_OF_DOCUMENT_TOKEN_TO_BE_REPLACED

Within the first phase of the Giantleap project, ElringKlinger, as the responsible partner for stack development, designed single cells and short stacks for laboratory experiments at partner sites. These cells and short stacks were designed to identify and study relevant degradation phenomena which are investigated by FESB. END_OF_DOCUMENT_TOKEN_TO_BE_REPLACED 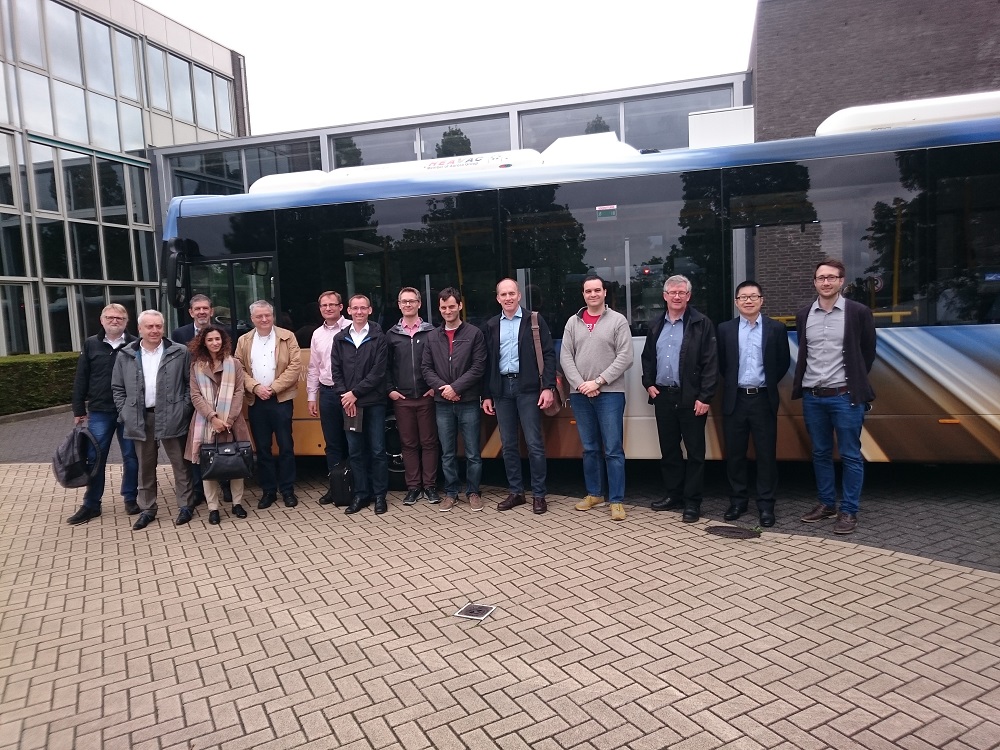 The first project meeting in the Giantleap project was held on May 23-24 at VDL’s headquarters in Eindhoven, Netherlands.

The 18 delegates from the partners, several of which have previously collaborated on several projects, presented their plans for the first six months of the project.

VDL invited the participants to their workshops in Valkenswaard on the morning of May 24 to test drive their electric buses and showcase their previous-generation range extender.

The Giantleap project is now officially running, and the next project meeting is in November at UFC’s premises in Belfort.