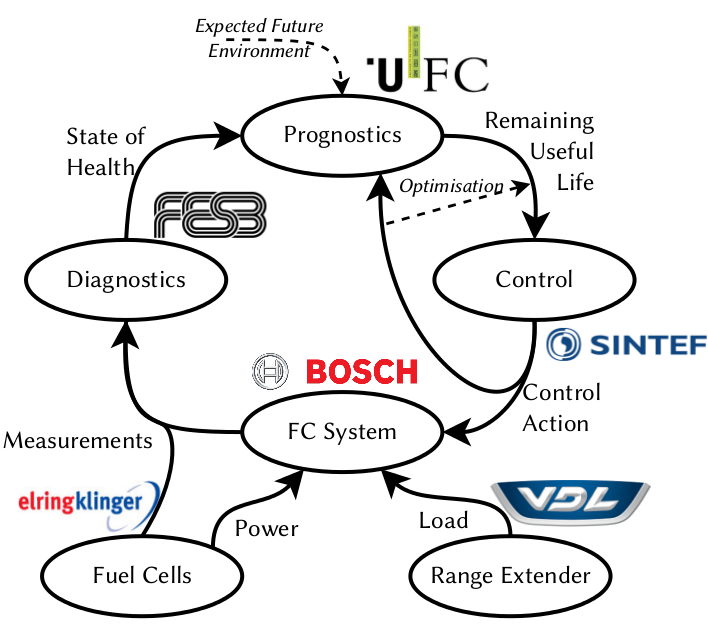 The Giantleap project is an European project funded by the European Commission’s Fuel Cell and Hydrogen 2 Joint Undertaking, with the objective of improving the lifetime and reliability of fuel-cell systems in city buses.

Giantleap is a recursive acronym for Giantleap Improves Automation of Non-polluting Transportation with Lifetime Extension of Pem fuel cells; the objective of the project is to realise a control system that can increase the lifetime and reliability of fuel-cell systems installed in buses by means of novel diagnostic and prognostic approaches.

Whereas fuel cells are more efficient than internal combustion engines, they are still expensive and their lifetime is limited. This project will increase the lifetime of fuel cells with a control system that will pay extra attention to the conditions that degrade their performance, and to methods to regenerate the fuel cells on-line.

City buses have long been considered an early market for the introduction of fuel cells, since a large deployment of fuel-cell buses is able to economically sustain its own hydrogen refuelling infrastructure.

Several demonstration projects have demonstrated the feasibility of fuel-cell buses, in particular the long-running CHIC project. However, experience has also shown that availability and reliability of fuel cell buses is not mature yet: Giantleap’s objective is to address this challenge.