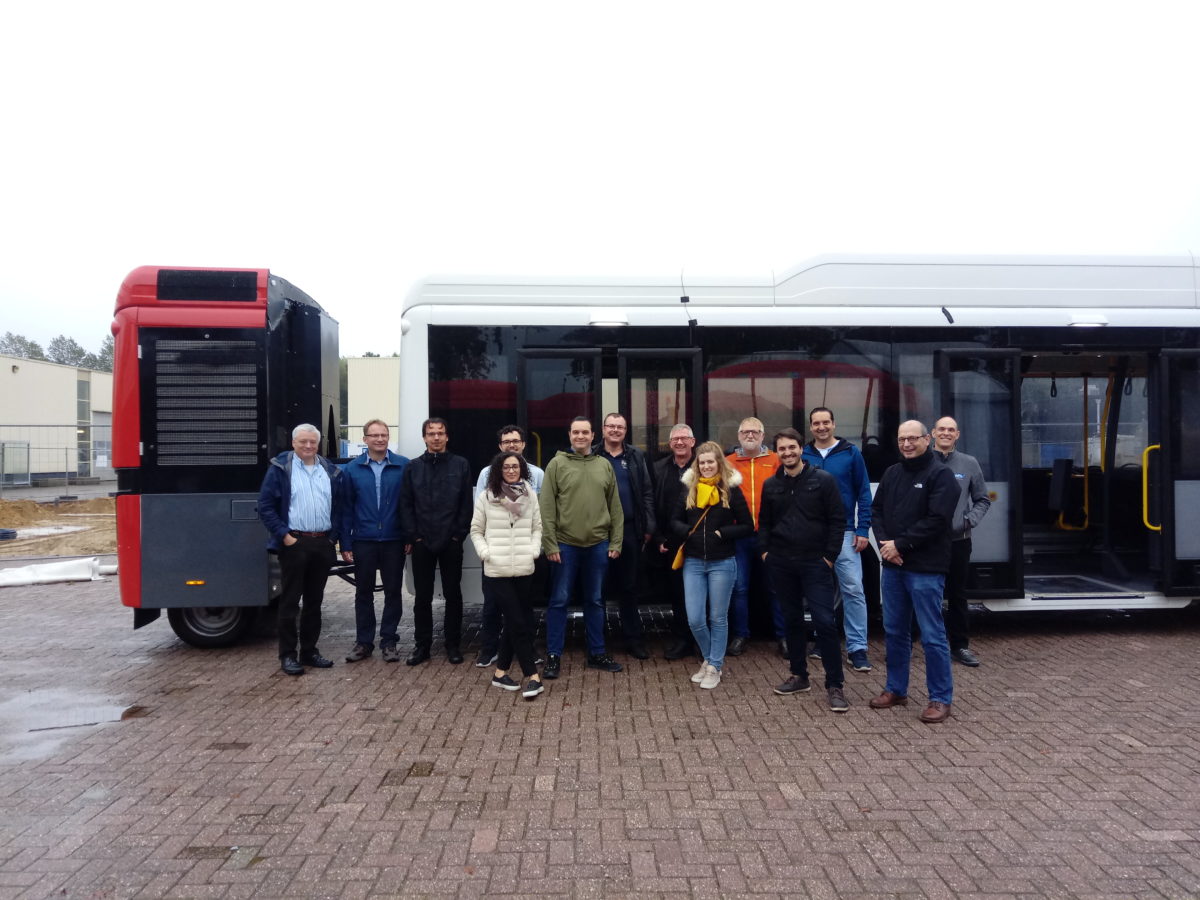 The final meeting of the Giantleap project has been held in Valkenswaard, the Netherlands, at VDL’s premises – and included a tour with a battery bus powered byt the hydrogen range extender developed in the project.

The Giantleap project will be officially concluded on October 31, 2019, after 3½ years. The project was extended six months to allow a demonstration in operational environment (i.e. on road, TRL 7) as opposed to the originally planned relevant environment (i.e. in a laboratory test bench, TRL 6). The bus and its range extender can currently be spotted test-driving around VDL’s premises in Valkenswaard.

Towards the end of the project, several public reports are scheduled: evaluations of diagnostics, prognostics and control performance, as assessment of the business case for hydrogen buses from the bus operators’ perspective, a quantitative evaluation of Giantleap’s ability to reach its targets, and a complete database of all publishable data produced in the project.

At the last meeting, partners remarked how impressed they were by the resilience of ElringKlinger’s stacks: even after being subjected to a failure in the coolant circuit that caused some cells to overheat, the stack performed as nothing had happened after the error had been corrected. ElringKlinger’s stack actually overperformed in the system compared to their nominal specifications.

While the project has been running, VDL has become the world’s largest zero-emission bus manufacturer (outside of China), though most of these are battery buses. Electric buses have now surpassed diesel buses in reliability (96.2% against 96.0%), and over 90% of VDL’s bus sales today are zero-emission. Bosch has strengthened their activities in fuel-cell systems, and now offer balance-of-plant components specifically for such systems.

As the project concludes, it is good to know that the prototype developed in Giantleap has already evolved in a new generation ready to be demonstrated in passenger long-haul service between Rotterdam and Zeeland within the project 3-Emotion.