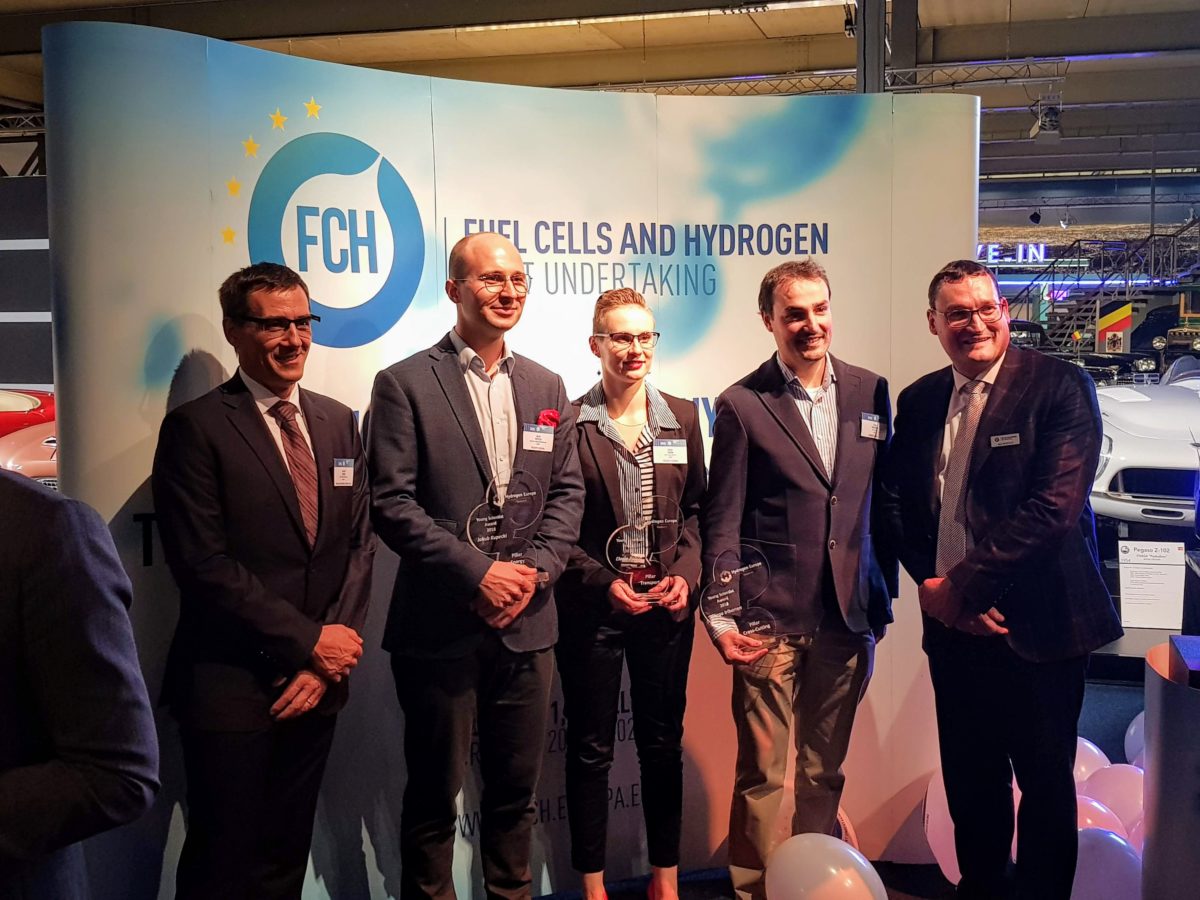 Elodie Pahon, a young researcher working on Giantleap and previously on its predecessor project Sapphire at the University of Franche-Comté, was awarded the prize for best Young Scientist by Hydrogen Europe Research at a ceremony organised in connection with the  FCH JU Programme Review Days on November 15, 2018.

Ms. Pahon won in the category associated to the Transport pillar (one out of only three categories) for her work in diagnostics and prognostics of fuel cells, the very core topic of projects Giantleap and Sapphire.

The Giantleap project congratulates Ms. Pahon and UFC on the award!